Looks like the new seal world exhibit at the Columbus Zoo is now part of an area called Adventure Cove and we finally have our first overhead rendering. Below are some construction pictures from February 2018. 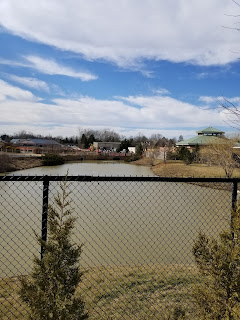 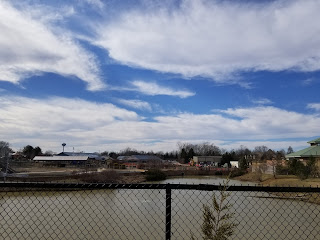 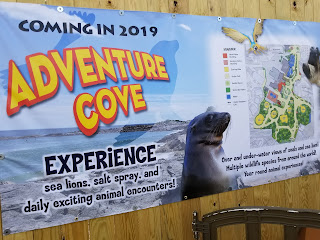 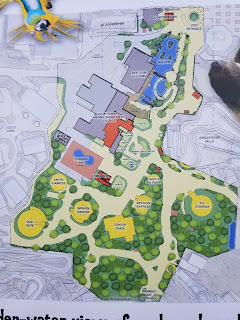 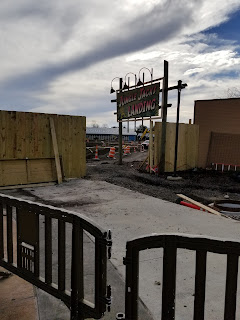 Here's an overhead view from Google maps before the construction began: 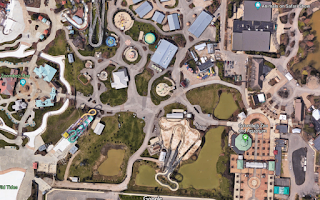 Overlay of the plans: 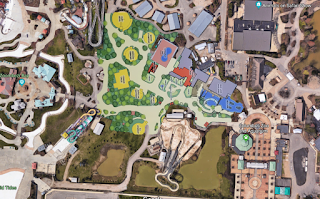 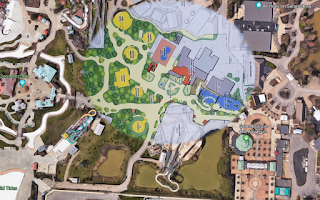 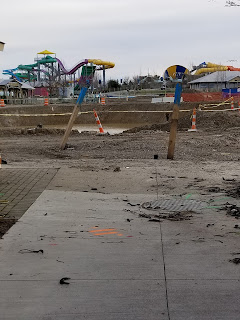 Construction for the new sea lion and Wild World area set to open in 2019 at the Columbus Zoo has officially broken ground. 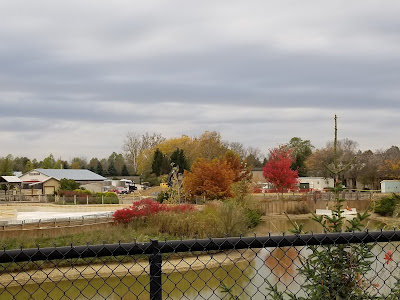 The paths to get to Jungle Jack's Landing have been walled off. 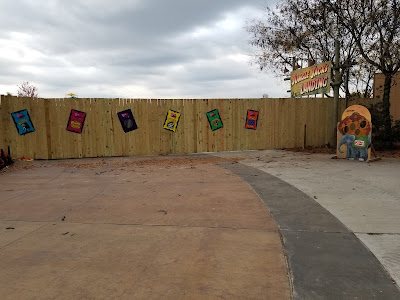 The former Funnel Cake building and the Animal Encounters Village looked to have been leveled. 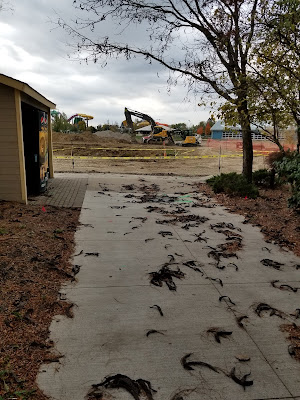 The construction is already having an effect on some of the events at the zoo. Last year, there was Trick-or-Treating in the picnic shelter area. This has been spread out around the park for Boo at the Zoo this year. The Sparkling Spruce Tree that was added to Wildlights last year has been moved next to the grizzly bears in the Polar Frontier. Jungle Jack's Landing is completely inaccessible.

Here's my sketch of the area that looks to be under construction.

No concept art or plans have been released yet. See a previous long term plan concept here.

Back in 2014, the Columbus Zoo and Aquarium released some amazing looking long term plans that would see almost every region of the zoo transformed and improved. After the levy failed to pass, it seemed like all of these plans was put on hold indefinitely. That is until the past week when it was announced that sea lions would be coming to Columbus in 2019. But first, let's review some of those earlier plans.


Conservation Cove will feature sea lions and harbor seals, an amphitheater, a restaurant and the essence of a rocky Pacific coastline near the zoo’s front door. Up-close and personal experiences with a variety of other animals - Jack Hanna style! - will complement the sea lion adventure. Wild World will include high energy activities for visitors that parallel common actions of the animal species exhibited nearby. 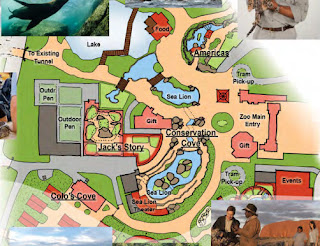 The new signature exhibit featuring sea lion and harbor seals will be located at the approximate location of the old entry gate (utilized before Zoombezi Bay was incorporated into the property in 2008) and partially encompasses the existing events building and the existing gift shop. The exhibit includes large water bodies with a deep rocky pool and a more beach-like wave pool. The deep pool section includes a show space with amphitheater seating for 300 people and an underwater viewing window. Visitors will view the animals in water and basking on rocky outcrops in the pool. The beach zone will feature a shallower pool with sandy beaches for basking, deep water channels for swimming, and up close and personal viewing through glass railings and viewing windows. The two pools are connected by below grade channels that visitors can walk across and view the sea lions swimming below their feet. A new restaurant, with vistas of the sea lion pools merging into the existing lake, will welcome visitors with a rustic seaside atmosphere. Lushly planted bird aviaries with shore and sea species will be adjacent to the sea lion pools.

This zone renovates the existing space between the Entry Village and Zoombezi Bay. The new exhibits will combine high-energy attractions for visitors with equally high-energy animal habitats. A variety of interactive activities for zoo visitors such as rope courses and swinging bridges will be adjacent to and simulate the enriched animal environments, offering play opportunities that replicate the normal behaviors of the nearby wild animals.


I thought all the original plans were as good as dead, until I found this article from November 2016:

Smoot Construction has been awarded a CM at Risk contract for The Columbus Zoo and Aquarium’s New Exhibit Region: Wild World/Sea Lions.

This Wild World Exhibit experience shall be salt spray, sea lions and one-on-one animal encounters. Directly inside the Zoo’s Entry Plaza, this region will delight and enchant zoo guests with unforgettable animal encounters, presentations and tours; wild, Jack Hanna-themed experiences; a raucous colony of bellowing seals and sea lions, and much more.

Certain to be an adventure for the entire family, Wild World will be developed in the current Jungle Jack’s landing area and will actually incorporate some of the popular existing rides. The region will be based not on a specific, geographic location, but instead on a fun, nature-oriented and whimsical land where the connection between people and wildlife is celebrated. Mystery Construction at the Columbus Zoo

Noticed a little construction outside of the Columbus Zoo the other day. Anyone have any idea what this is for? For sure not related to any animal exhibits. Probably some new admin building, tent or shade structure. Maybe even lockers outside of the park. 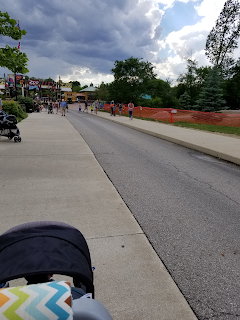 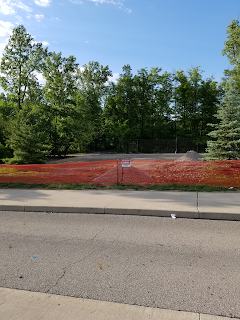 The Wildlights at the Columbus Zoo are back and better than ever! I took the video below during the member preview night. Wait until you see the sloth bear... 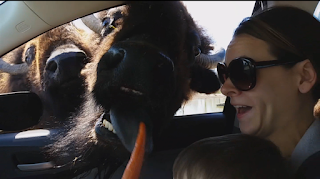 Experience the African Safari Wildlife Park in Port Clinton, Ohio where random animals (mostly from North America, not Africa) stick their heads into your car looking for food. Car wash not included.
On one hand, I feel bad about paying for a ticket because I don't know how well the animals are cared for. And they’re not wild animals anymore, they don’t act or behave like wild animals.
But where else can you go and have a buffalo stick its head in your car?
Animals include camels, bison, elk, fallow deer, giraffe, Scottish Highlander, white bison, zebra, gemsbok, and alpacas.

Pictured below is the African Safari Wildlife Park map 2016 version. 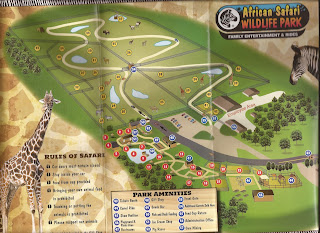 The Columbus Zoo and Aquarium is adding a new 4D theater attraction as well as an interactive playground. The area will be known as the Shores Park. See renderings of the plans and construction pictures below. 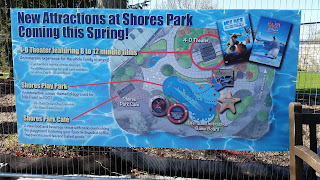 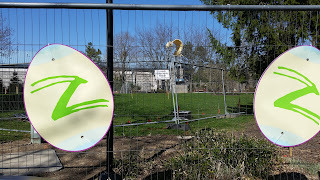 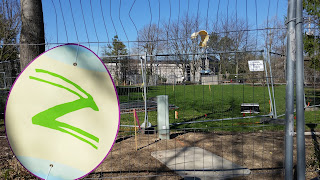 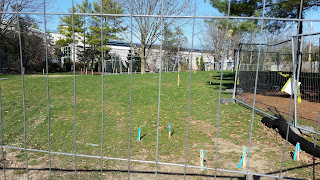 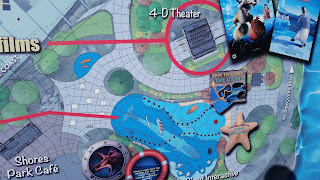